Kentucky -- A hard Day on the Bourbon Trail Part 2

This article is better if you first read
Kentucky - A hard Day on the Bourbon Trail Part 1.

What part not to skip?
Realistically the first tour or two is going to be exciting and different. While all the speakers on all the tours provide different commentary there will tend to be some repetition of facts and statics. For that reason I want to mention that the tour of the Maker's Mark Distillery which is just a little more off the beaten path than some of the others is the one tour you do not want to skip. As a matter of fact I am going to use some images I took at that facility to entice you into not skipping it.

First off the grounds are beautiful. All the distilleries maintain nice grounds but the Maker's Mark facility is as picturesque as they come. Set in a natural valley setting the grounds are maintained to look the way they did 200 hundred years ago when the first distillery opened and began operation there. All modernization except for the black top roads and lots are artfully concealed. The original distillery store has been carefully restored from ruins and graces the side of the hill. 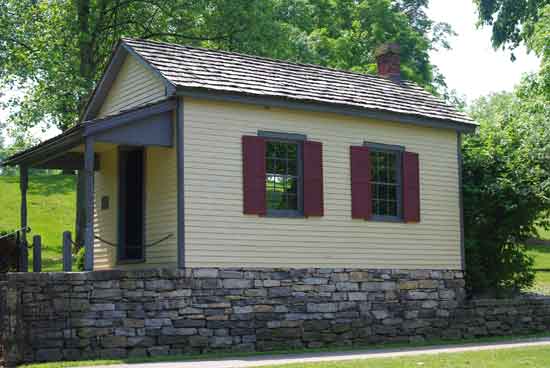 The original cypress fermentation vats used since the inception of the Maker's Mark brand by Bill Samuels, Sr. in 1954 are still in use today. Their limited production is mixed with the fermented mash from the concealed modern commercial vats in the basement before the mash is distilled. 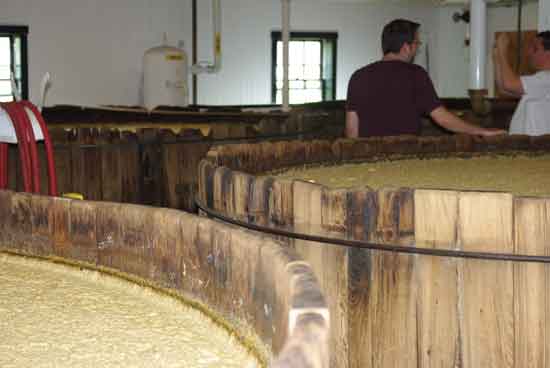 The original copper stills are still in use today just as they were in 1954.

And what teaser tour would be complete without a picture of the magic taking place in the warehouse storage facility! 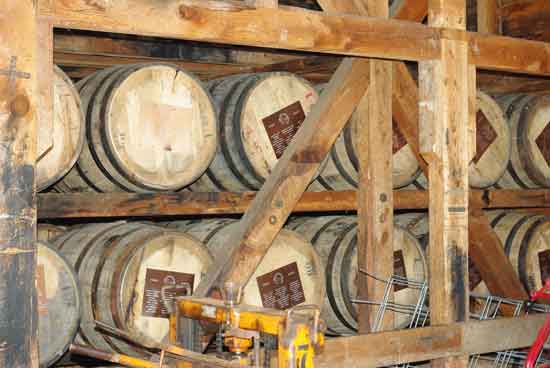 My wife isn't a teetotaler but she does not drink very often. I imagine a few of you are the same. I asked her to contribute to this article to provide a different point of view.


First, I must admit that I am not fond of the taste of alcohol any form. My drink of choice is a diet soft drink, but having been born in Kentucky I wanted to experience first-hand the famous Bourbon Trail. I'm glad I didn't let me aversion to the taste keep me from participating in the history, beauty, and educational experience of the Bourbon Trail.

At each stop along trail I encountered people from all of the country, in fact, even from different countries that had come to learn the art of making the best bourbon in the world. Each distillery is located in a beautiful setting with a yeasty aroma permeating the air that is unique to manufacturing of fine bourbon. I learned a lot from the knowledgeable staff as they walked us through the process for making bourbon. In the distilleries that are located within counties that allowed it, it was interesting to hear my fellow tour companions comments on the free samples they were given. The distilleries took care of me too, they had water or soda for us designated drivers or underage persons.

A Cautionary Warning.
Free adult beverage samples are served to adults at most of the tour locations. They do their absolute best to insure that 'modest portions' are served and consumed. Even so one may over indulge if hitting several of them in a row. Please for your safety, those you love and others that might be on the same road sample carefully or have a designated driver.

Kentucky Bourbon TrailÂ® is a registered trademark of the Kentucky Distillers' Association.

Kentucky -- A hard Day on the Bourbon Trail Part 1
Kentucky is well known for its pretty horses, fast women and great bourbon. Or is that fast horses and pretty women? Either way the great bourbon is ................

The Big Apple -- New York City
The big apple has for many years been one of the number one tourist destination spot in the world for tourist. New York City has been a mecca for cult................

Las Vegas---- Is it the right trip for you?
Las Vegas has for many decades been one of the top designations to visit around the world for vacationers. As it's famously known as “Sin City”, Las V................